HomeBlog Mythology5 Aphrodisiacs from the Supermarket 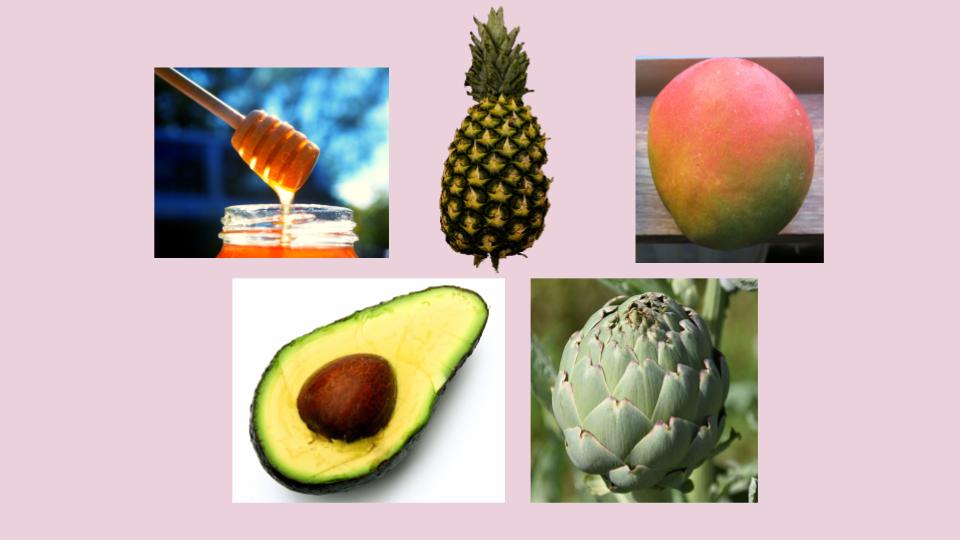 Serve up a Romantic Feast of Aphrodisiacs

Most of us know the libidinous reputation of the oyster, but there are five aphrodisiacs waiting on your supermarket shelves. Create your own Valentine’s Day or romantic feast with these titillating treats.

What Makes Something an Aphrodisiac?

Aphrodisiacs come from Aphrodite, the Greek Goddess of love and sex. They are foods believed to enhance sexual activity and pleasure.

“Aphrodisiacs have been a preoccupation of man since the dawn of time. Civilizations, from ancient to modern, have sought to enhance their sexual experience, experimenting with substances ranging from the everyday and delicious to the truly bizarre…”

At first glance, it seems that unique textures, mouth-feel and shape are the qualities that brand a food as an aphrodisiac. However, modern nutritional science provides evidence that ancient cultures were on to something. Most aphrodisiacs do contribute to sexual functioning and have libido enhancing vitamins and minerals.

Here is a list of five aphrodisiacs you can find in your local grocery store. Bypass the restaurants this Valentine’s Day, and create your own intimate meal.

In ancient times, sweetness was a rare and prized treat. People held honey and bees in religious reverence.

The Egyptians believed that bees were the tears of the sun god Ra and offered honey to the fertility god Min. In Greek mythology, bees were the messengers of the gods and honey the source of wisdom and poetry. The Gods of Olympus lived on ambrosia, which some scholars believe was honey. Aphrodite used honey and beeswax as beauty aids.

In addition, the Islamic physician Avicenna prescribed honey, mixed with ginger and pepper, for men with performance troubles.

“Evolution has hard-wired the human body to seek out such advantageous, energy-dense sweet foods. As a result sweetness now triggers the brain to release natural opiates and dopamine, spreading good feelings and the desire to seek out more…Sex does exactly the same thing so it is quite natural that the two get amorously entwined in the mind.”

The expression “honeymoon” comes from Celtic and Viking custom of gifting newlyweds with enough mead (alcohol made with honey) to last a month. It also references the initial sweetness of marriage. Followed, often, by the waning of the marriage moon.

In India, mangos are the food of the gods and the tree is a symbol of love, fertility and wealth. Ayurvedic texts identify it as a potent aphrodisiac that nourishes shukra dhata (sexual essence.) Mangos also appear in the Kama Sutra.

The flesh of the mango is a gorgeous orangy yellow and has a slithery smooth texture with a sweet taste. Picking a mango off the tree and eating it is a sensual experience: peeling  the blushing-orange skin, biting into the soft flesh, licking the dripping juice and sucking on the pit.

UC Berkeley scientists conducted tests on men and found that a diet rich in beta-carotene and vitamins C and E resulted in the highest sperm count and semen quality. In addition to those nutrients, mangos are also rich in copper which promotes good circulation.

The Greeks believed that the artichoke was Cynara, an innocent maiden seduced by Zeus. He brought her up to Mt. Olympus, but she was homesick and snuck back to Earth to visit her mother. Jealous Zeus thought she was returning to a lover and transformed her into an artichoke plant. She lives on in the scientific name of the artichoke Cynara cardunculus.

Another beautiful maiden, Marilyn Monroe, was crowned the first Artichoke Queen in 1948. Her sash is displayed in the Castroville Chamber of Commerce. The Artichoke Festival is held annually in Castroville, California.

In sixteenth century France, only men could eat artichokes because their stimulating power might make wives and daughters uncontrollable. The artichoke is the flower of the plant and responsible for sexual reproduction. The expression “the birds and the bees,” as a euphemism for sex, comes from pollinators and their relationship with flowers and plant sexual reproduction.

“This vegetable is far too sophisticated to give up its all on the first bite. First it coquettishly teases you with its leaves, giving up its pleasures morsel by morsel. Once stripped to its heart, resistance is over. Smear it with the remaining sauce and your mouth is rewarded with a sensory explosion of one of gastronomy’s most unique and intense flavors.”

The arousing component in artichokes is cynarin, which enhances liver function. A healthy liver is important for maintaining sex drive. Liver regulates the protein called globulin, which is needed to produce the hormone testosterone.

Christopher Columbus brought pineapples to Europe. He was first served the sweet fruit in the Caribbean islands of Guadeloupe. Due to transportation costs and the delicateness of the fruit, only the wealthy could afford the pineapple and it became a symbol of hospitality and largesse.

“The high cost, however, meant that the fruit was sometimes used purely for decoration as penny-pinching hosts would hire a pineapple for one night only–a glamorous fruity hostess to wow the guests.”

The aphrodisiac nutritional ingredients in pineapples are manganese and vitamin C. It also has bromelain, a protein-digesting enzyme, which thins the blood and improves circulation. In addition, pineapple has a sweetening effect on both genders.

Selecting a fresh pineapple is a sensual experience. Sniff the fruit’s flat bottom and, if ripe, it should smell like pineapple. If the entire fruit smells like pineapple, then it is overripe and already starting to ferment. Once picked, pineapples do not ripen further which makes selecting one at optimal ripeness important.

Mayans and Aztecs prized the avocado. They both declared it an aphrodisiac. The avocado’s powers were so strong, virgins were locked up during harvest time to keep them from falling under the the fruits’ inflaming influence.

It is easy to see why the avocado acquired its randy reputation. The fruit grows in pairs, dangling provocatively from the tree and resembling testicles. When sliced open, the green flesh interior with its large circular seed looks like a symbol for a womb and embryo. The avocado’s light green fruit has a velvety texture in the mouth and a satisfying, filling flavor.

“The word āhuacatl in Nahuatl was indeed at one point used to mean the ‘fruit of the avocado tree’ and, more slangily, ‘testicle,’ presumably because of the fruit’s shape; according to Nahuatl scholar Magnus Pharao Hansen, the word in the context of ‘testicle’ carried a double meaning much like the word ‘ball’ or ‘nut’ does in English.”

The name āhuacatl was poorly translated into “alligator pear” by Europeans.

Its rough textured skin reinforced the title, along with its shape. Louis XIV, the Sun King, nicknamed avocados la bonne poire (the good pear) because he believed it restored his sexual potency.

However, clever marketers in America renamed it the “avocado” in the 1900s. Their marketing campaign worked and this is the name we know it by today.

Avocados are a nutritional gold mine and deserve their frisky reputation. Potassium, vitamins E and B6 help relieve stress and related sexual problems. High sterol levels in avocado oil boost collagen production and keep skin soft and supple, and lips plump and pouting. Aphrodite herself couldn’t have chosen a better beauty product.

Visit your supermarket and pick up these five aphrodisiacs today.  Then go ahead and visit the fish market for some oysters. Discover their libidinous powers in 10 Arousing Facts About Oysters. Make Valentine’s Day, or any romantic night, into an aphrodisiac feast and enjoy other health benefits along the way.