HomeBlog Try It!10 Midcentury Movies for Your Binge List 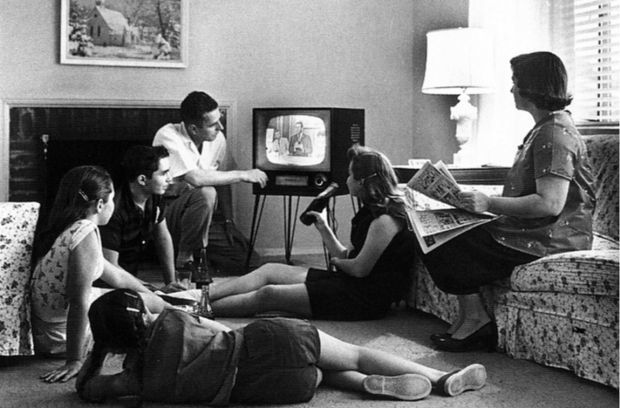 Ten Amazon Prime Movies that have midcentury settings and topics that are worth the watch.

As soon as the Corona Virus shutdown occurred, I watched all three seasons of The Marvelous Mrs. Maisel and rewatched the entire Mad Men series. That left me with scads of time to fill and a hunger for more midcentury settings and characters.  I watched most of the biographies on Amazon Prime, and quite a few are duds–made by splicing together footage of old shows with very little narrative content.

This is the list of the 10 movies set in midcentury America that should enlighten or entertain any Mid Mod guy or gal.

This series grounds you in the evolution of jazz from black gospel churches of the South through the present. I loved episodes 6, 7 and 8. Episode 7 documents the Big Bands during WWII. In all episodes, important musicians are discussed as well as political and social events. Watching this series first will give you an understanding of the decades and how music, as well as society evolved.

I thought this was going to be about the comedian that Mrs. Maisel has as her nemesis, but it was about a singer who performed comical and risque songs. “The Last of the Red Hot Mamas” had a career that spanned 1905 through 1965. She documented her entire life in scrapbooks and they form the spine of the film and provide a glimpse of the designs of everyday objects, like menus and theater posters, from several eras. The use of the scrapbook adds setting details unlike anything I’ve seen in other documentaries.

Unbelievably talented, Sammy Davis Jr was a virtuoso at dance, impersonation, singing, acting, and many musical instruments, including drums. Sammy Davis has a life in entertainment that began when he was only three. The film follows his life through his death in 1990, and ties together performance clips with interviews in an engaging way. The film recognizes his contributions towards the Civil Rights movement and his struggles to feel like he belonged in either the black or white communities. His dance with Gregory Hines at the 60th Anniversary tribute brought tears to my eyes.

4. Scotty and the Secret History of Hollywood

Spoiler alert, you have to sit through some depressing images of his hoarding lifestyle as an old man, but his stories about Hollywood in the 1940s through the 1960s make it worthwhile. The film has historic photos of famous movie stars and reveals the sexual fun of Hollywood until its abrupt ending in the 1980s due to the AIDS epidemic. The LGBTQ community will particularly enjoy this film, as will old-time Hollywood buffs.

Slim Aarons was a photographer that started his career in WWII. Upon returning to America, he chose to portray the wealthy WASP culture of the East Coast. He said he made his living “photographing attractive people doing attractive things in attractive places.” His work was featured in Conde Nast and Town and Country. His images have inspired fashion designers, such as Ralph Lauren, and many interior decorators. There is a great scene documenting his famous Palm Springs image “Poolside Gossip” that will interest Midcentury Modern architecture fans.

This biography of pinup model Betty Page was made with her permission and includes original photographs, film segments and voice-overs by Bettie. I’m a huge Bettie fan, so I loved it. However, it is a little lacking in Midcentury setting details. The film does a great job in documenting the influence her images have had on fans and as an inspiration for fashion designers, singers and pop stars.

Told from Hugh’s point of view, this film might not be a great fit for feminists. However, the birth of the Playboy empire during the conservative 1950s is an engaging story and the classic tale of the American Dream. The film includes great setting details that reflect Chicago and Los Angeles in particular, as well as the important people of that era.

Hedy Lamarr was breathtaking on camera and quickly made a film career for herself. She is most remembered for her beauty, but this film focuses on her intelligence and how difficult it was that people were uninterested in her mind. Lamarr worked with composer George Antheil to develop a radio guidance system for Allied missiles which had a frequency-hopping spread spectrum technology to defeat jamming by the enemy. The US Navy did not adopt their invention until 1957, but now similar technology is used in Bluetooth and legacy versions of Wi-Fi. This film perfectly captures midcentury society’s insistence that a woman could be smart or beautiful, but not both.

This film documents the history of the Sunset Strip in Los Angeles, a road that began as a strip connecting Hollywood studios and Beverly Hills. I loved the old Hollywood days and learning about the iconic buildings that are still standing, such as the Chateau de Marmont. The history of important music clubs such as Ciros, The Whiskey, The Roxy and The Viper Room are detailed, as well as the celebrity antics that occurred in those venues. The film ends in the 1990s, with the birth of Grunge, so there is music history for all audiences.

Narrated by their daughter, the film is an intimate portrait of the marriage and working partnership of Lucy and Desi Arnaz. As a child, I watched The Lucy Show every chance I could, so it was fun to learn the history. The story of the financial empire of Desilu productions was fascinating. Lucy and Desi also lived in Palm Springs, in the Thunderbird Country Club community and there is great footage of the Desert. Desi wasn’t allowed to play golf at the Thunderbird because he was Cuban, so Desi Arnaz established the Western Hills Hotel in Indian Wells, in 1957.

What movies did I miss? Please tell us in the comments below.