HomeBlog Try It!5 Books for the Empowered Woman 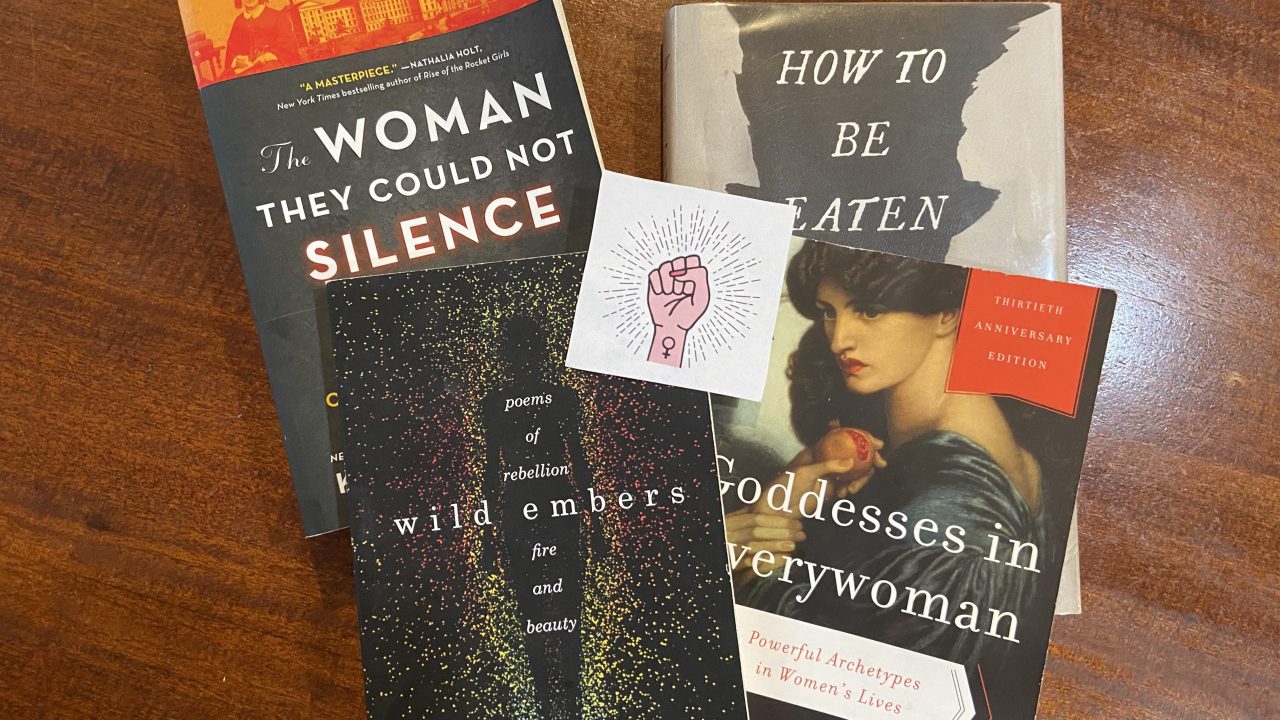 How to be Eaten by Maria Adelmann

This book is a treat for women who love feminist retellings of fairytales, folklore and myths. Gretel, Lil’ Red, Bluebeard’s girlfriend, a secret fairytale character and a Bachelor-type show winner all join a basement therapy group similar to Al-Anon. Each woman tells their tale from their point of view and contrasts it with the media’s version. It is delightful to hear their stories occurring in the modern world against the backdrop of social media and tabloids. My favorite part was the way Bachelor-type shows are eviscerated. These “reality” shows are modern versions of the misogynist fairytales of our childhood.

The Woman They Could Not Silence: The Shocking Story of a Woman Who Dared to Fight Back by Kat Moore

This narrative nonfiction book is for women who love to learn history. The true story of the mental health system, the lack of rights of wives, and the importance of female suffrage are all illuminated through a plot that grips you with its tension. The book follows the journey of Elizabeth Packard in the 1860s. A housewife, perfect cook and mother of six, Elizabeth begins to question her pastor husband’s refusal to condemn slavery, even though they live in Illinois. She begins to have ideas of her own and feels she should have the right to voice them. Her husband commits her to an insane asylum to silence her. She discovers many other sane women locked up and begins a mighty fight against mental health bureaucracy, legislation and traitorous husbands.

This book of poetry speaks to the soul of every woman who has ever given too much, hated her body, believed in the myths of society and, despite this, rediscovered her true self. Woven through with references to dragons, Greek mythology and fairytales, each poem is a work of art to be savored. I discovered Nikita Gill while doing the Ray Bradbury Challenge and she remains one of my favorite poets, alongside Maya Angelou and Mary Oliver.

This book is for women who enjoy exploring psychology and archetypes through the lens of Greek Mythology. Artemis, Athena, Hestia, Hera, Demeter, Persephone and Aphrodite are the goddesses that are explored, along with their positive and negative traits. Within a woman’s life, she can express different goddess archetypes or combinations of them. I’ve read this book several times and drew heavily on it for my novel, Bettie Page: Aphrodite Rising. Each reading provides me with insights, not only about myself and the way I navigate the world, but what I see in other women.

Good and Mad: The Revolutionary Power of Women’s Anger by Rebecca Traister

This book is for those of you frustrated by the loss of women’s rights in this nation and the sinking feeling that this is just the beginning. You are mad, but feel impotent. The author explores how the patriarchy fights the efforts of women to unite. She discusses how the media focused on racial divisions in the Women’s March against Trump, and how we fell for this old “divide and conquer” tactic. She also examines how women in power are supposed to speak and express emotions–any way they do it is wrong! Crying is weak, but stoicism is cold and unfeeling. Traister shines a light on the many ways women are pressured into tamping down our righteous anger. Once you read it, you’ll wonder why you never noticed all these things yourself and you’ll get good and mad.

A Lab of One’s Own: One Woman’s Personal Journey Through Sexism in Science by Rita Colwell Ph.D. and Sharon Bertsch McGrayne

This book is perfect for women in science or young women contemplating STEM careers. This book was an eye opener. The problem isn’t that there aren’t enough women majoring in science and STEM, the problem is that they are not given equal access to funding, lab space and selection committee positions. The beginning of the authors’ career is filled with female science heroes such as Rosalind Franklin, Eugene Clark and Barbara McClintock. The author details the difficulties of women with science Ph.D.s from the 1950s through today. I also recommend the science books on 10 Books for the Science Lover on your List.