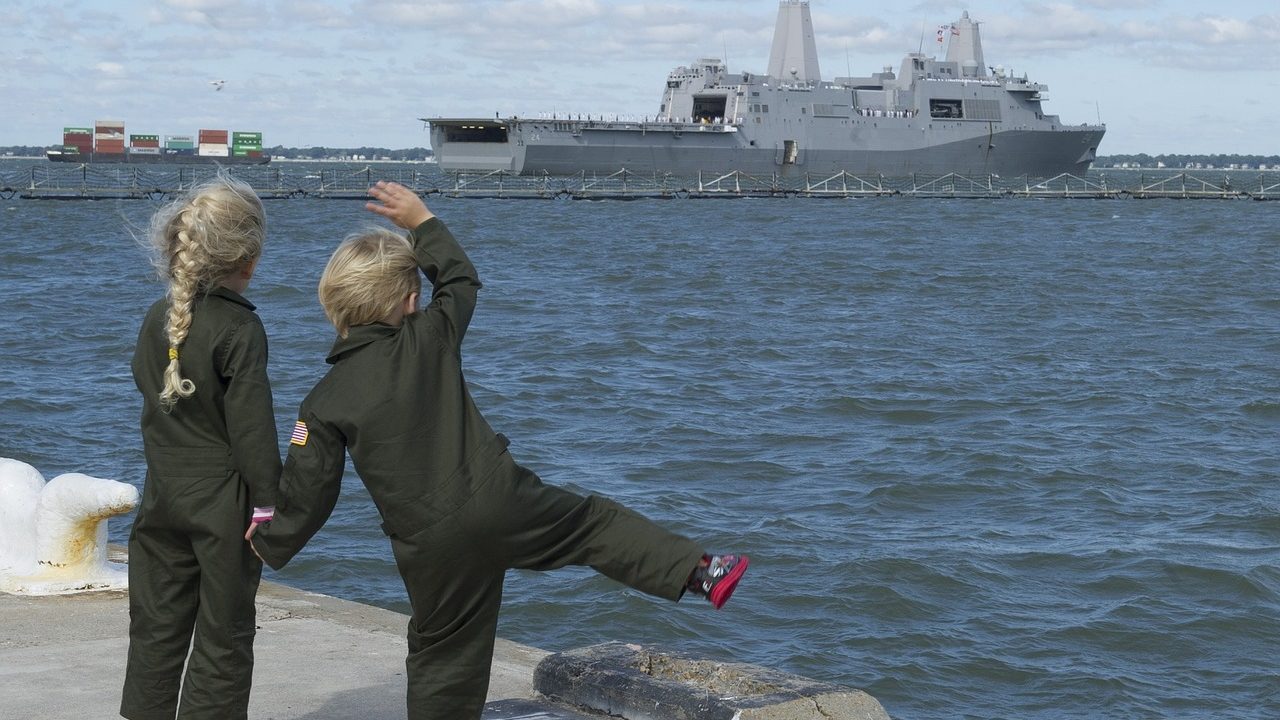 Growing up During the Midcentury as a Military Kid

I grew up during the Cold War and my father was a dentist in the U.S. Navy. When I looked up “Navy Brat” in Urban Dictionary it said “Brat is not derogatory. It stands for Born-Raised-And-Trained.” It went on to say,

“Military brats have moved often, are patriotic, and adapt well to situations.”

I married young and my husband’s family was anti-military so I think for a long time I didn’t notice or appreciate how different my childhood had been from others my age.

I now realize what gifts my Navy Brat childhood has given me.

1. Moving can be a Blessing

Moving as a child pushed me to be extroverted and social. Moving made me comfortable with switching jobs. I also don’t fear change. I look upon change as a time to grow and receive new opportunities.

When I was seven I moved to Oahu, Hawaii. At first it was difficult for me because I was shy. But, we lived in Navy housing and the backyards were all joined into one giant grassy area called a firelane.

All the Navy Brat kids in the neighborhood would play in the firelane, climb trees, and play tag in the streets. It was easy to make friends.

However, friends were always moving away. I quickly learned to smile and welcome all newcomers since our friends came and went. I was lucky each tour for my father was at least four years.

My roommate in college had a father who was a helicopter pilot, and she spent her childhood moving every two years. She said it was horrible and, by the time she was in middle school, she didn’t even try to make friends because she knew it was temporary.

Since we moved so much and had exposure to so many different kids, we didn’t even know the stereotypes that are common in communities with little movement. Instead, Navy Brats learn that people are people and some are good and kind and others are not, regardless of their race.

My father met my mother when his ship was in Europe. She was laying in her bikini in front of The Ritz Carlton Hotel in Cannes, France. When he walked by he noticed she was reading an English newspaper.

He discovered that she was Dutch and working for a company that modeled clothing on the Naval ships. It didn’t take long for the romance to turn into marriage, and my mom immigrated to America.

Many of my friends had immigrant parents. I remember the incredible lumpia and adobo chicken made by a mother from the Philippines. Several of my friends had mothers from Vietnam and the base school was filled with diversity.

3. Always be on Time

Punctuality is something that I notice many other people do not share. My dad made punctuality nonnegotiable. You woke up early and gave yourself enough time to get ready and a little extra in case you ran into problems.

To me, arriving on time shows respect towards the person you are meeting. I used to have a friend that kept me sitting in the restaurant at least 15 minutes before she would make her appearance. She would always laugh it off. I wonder how many other people don’t realize how insulting tardiness feels.

On the base, Reveille, a bugle call, is played over the loud speakers to mark the raising of the flag. As a Navy Brat, we knew to freeze, face the flag and stand at attention, no matter where we were.  It was an energizing reminder that you had better be at your position and ready to work.

Nothing is nicer than the posture of a military person. Upright stance, shoulders back and chin up makes a confident silhouette. It radiates energy and is more attractive than the hunched, slumpy posture of many civilians.

I remember as a kid my dad would comment on the posture of other people and it made me pay attention. I still enjoy visiting the Navy Exchange and observing how the active duty members carry themselves with such self-respect.

Good posture is a way for your body to tell your mind that you are ready to pay attention and work.

I know, from my travels throughout Europe and Latin American, that every country has its strengths and weaknesses.

I wish we could meet in the middle, stop the rhetoric and find common ground so we can heal and move forward as a united nation.

6. The Navy has the Best Bases

Living on a Naval base usually means you will be near the ocean. Growing up at the beach and swimming in the ocean is a wonderful childhood for Navy Brats.

In Hawaii, the remains of a circular gun turret were on the beach in front of my house. I would set up my Barbie camper on it and sail my Barbie sailboat in the ocean.

Hawaii, San Diego, Alameda, and Florida were the sweet areas my father was stationed in. When my son considered joining the military, I pointed out the locations of the different bases for each branch on a map. Case closed.

Life is easier when we show mutual respect towards each other.

I am amazed at how rude people are in meetings. Looking at their cell phones, whispering side conversations and slumping in their chairs radiates their indifference and disrespect. Growing up as a military brat taught me to sit up and at least pretend to pay attention in groups situations and meetings.

Life as a Navy Brat has its gifts and challenges. We need to remember that the sacrifices of military life are also made by the children and spouses of the active duty member.

Shelter Island in near the Naval Base Point Loma. Check out this story about the Tiki Architecture found there.

Did you grow up a military brat? Share your experiences in the comments below.