HomeBlog MythologyMale Chauvinists and the Secrets of the Spiritual Pig 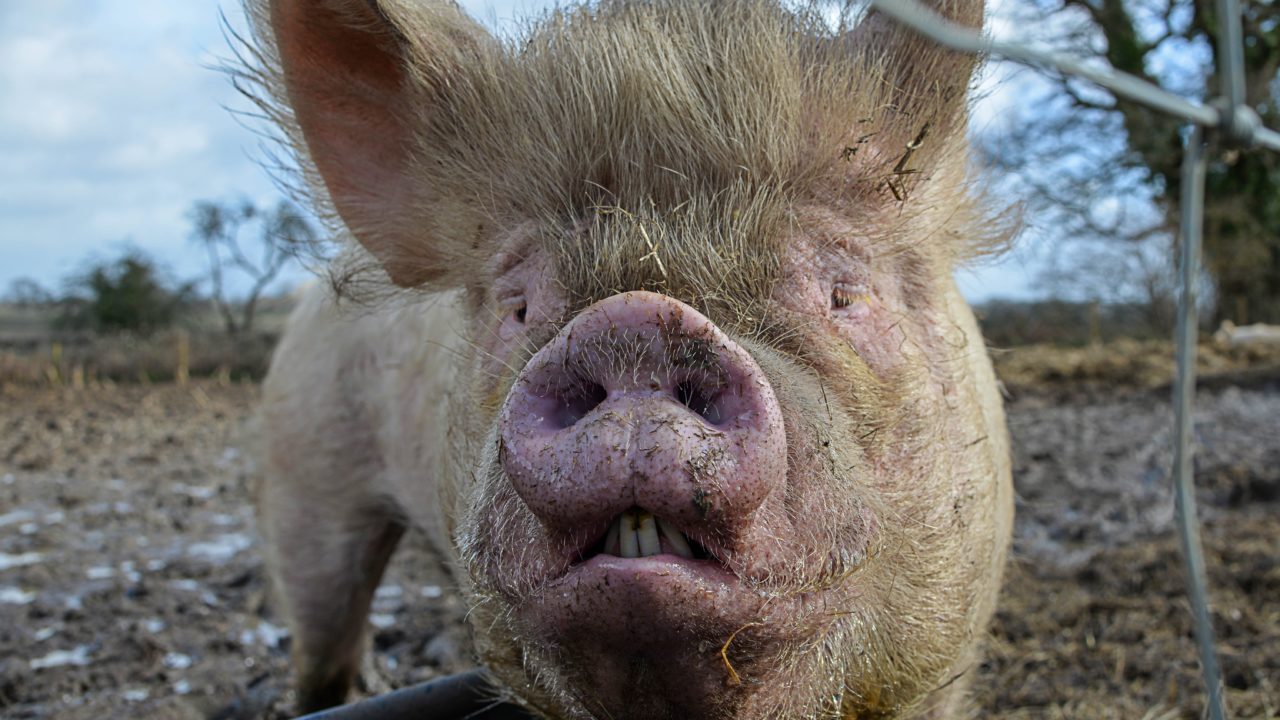 Male chauvinist pigs are not an invention of modern feminists. The macho pig is a male archetype that can be found in many cultures. Hawaiians, Greeks, and Celts all had myths featuring male pigs or boars that acted impulsively with overbearing machismo.

Pele, the powerful goddess of the volcano and fire vs Kamapua’a, the hog-man demigod.

In Hawaii, the pig myth explains many landforms and is the tale of opposites. Pele, the Goddess of the Volcano and Fire had to fend off the advances of  Kamapua’a, the hog-man demigod.

Kamapua’a,  was a tall, handsome chief with sparkling eyes and firm muscles, He wore a cape to hide the pig bristles on his back. He could also take the shape of an eight-eyed hog. Strong and virile, he carried a war club called Kahiki-kolo, that could ward off all spears and strike down all challengers. He had many lovers and constant fights with outraged husbands.

One day, Kampua’a saw Pele and her sister Kapo traveling through the rainy valley that was his home. The moment he saw Pele, he was consumed by lust. He ran after her, but Kapo had a detachable vagina, and she threw it to distract him. He chased after it and the women escaped. The vagina landed on the island of Oahu, at Koko Head, where a hill inland from Hanauma Bay is named Kohelepelepe, detached vagina.

When Kampua’a realized he had been tricked, he tried a gentler approach. He wooed Pele with compliments and words of love, but the goddess shamed him with her hot scorn.

“Pig-man. Mud-wallower who roots in the dirt. Filthy animal. You are beneath me,” she declared with fire in her eyes. She hurled molten lava at him and drove him into the sea.

Kampua’a changed himself into a humuhumu-nukunuku-‘ā-apua’a fish. This aggressive little fish had tough skin that protected him from the boiling water created as the lava poured into the sea.

Leaving the sea, he drenched her with storms of rain and called up tusked hogs which overran her lands and destroyed the plants. Pele fought back, but water douses fire, and her brothers ordered her to submit, rather than be destroyed.

Kamapua’a raped Pele near the coast in Puna, in an area called Ka-lua-o-Pele.

In Ka-lua-o-pele, the land is still torn and desolate as a sign of the great struggle that took place there. Afterwards, Pele took Kamapua’a as a lover, but their relationship was filled with love and hate.

To keep the peace, they divided the island in half. Pele took the drier leeward side of the mountain slopes which are streaked with lava flows, and Kamapua’a lived on the windward side, moist with rain and green with plant life.

Hawaiian Folktale Warns of Dangers of Driving with Pork

On the island of Oahu, there is a legend that says you must never carry pork in your car when you drive on the Pali Highway, which connects Honolulu with Windward Oahu. Pele sees pork as an attempt to bring Kampu’a over to her side of the island, and she will cause your car to stall until you throw the pork out.

Joseph Campbell, in Pathways to Bliss: Mythology and Personal Transformation, explains the spiritual pig. Historically, cultures that hunted had a patriarchy because males were the hunters and warriors.

However, cultures that had abundant food, like those in the Tropics, were typically matriarchal. The mother earth gave birth to all life and nourished it. Women were the food gathers, tilled the garden plots and raised the children in these places.

To keep from feeling marginalized by the matriarchy, men formed secret societies that excluded women. In these men’s clubs, the spiritual pig came into existence. Campbell describes the rituals in Melanesia, an area making up a sub-region in Oceania in the Pacific Ocean.

First, a father gives his young son a pet pig to raise and this moves him away from his mother and towards accountability. The child must then sacrifice his pig, with the help of his father, to learn to sacrifice what he loves.

The boy is given another pig and now he learns competition. He knocks out the pigs upper canines and this allows the bottom tusks to grow long. They curl back into the jaw and the pig suffers and grows thin from starvation. The boy keeps the pig alive through his care and now the pig is a thin spiritual pig. Other pigs are sacrificed to give their power to the spirit pig.

The tusks make loops, and only the best, most powerful pigs, can grow three loops. These give the man great prestige in the tribe. Only the owner of the pig, or another three-looper can sacrifice the spiritual pig. When it is sacrificed, the power is conferred on the owner.

After Death the Male Journeys to the Underworld with Pig Power

When the owner dies, he meets a spirit woman in the Underworld who draws a labyrinth and then erases it. The man uses his pig power and redraws it. He then gives his spirit pig power to the woman. She allows him to enter the labyrinth. He navigates the twists and turns until he reaches the Volcano Underworld and dances in the flames. After spending his life gaining power, he relinquished it to a spirit woman so he can frolic in the home of Pele.

Next time you see a politician, celebrity or lover acting like a male chauvinist pig, pause and think of the spiritual pig. Look and see ways in which the man is feeling marginalized by powerful women. Reframe his words and see if he is acting out the archetype of the boar. You might still feel offended, but it will give you insight into his psychology and know that it comes from the fear of female power.