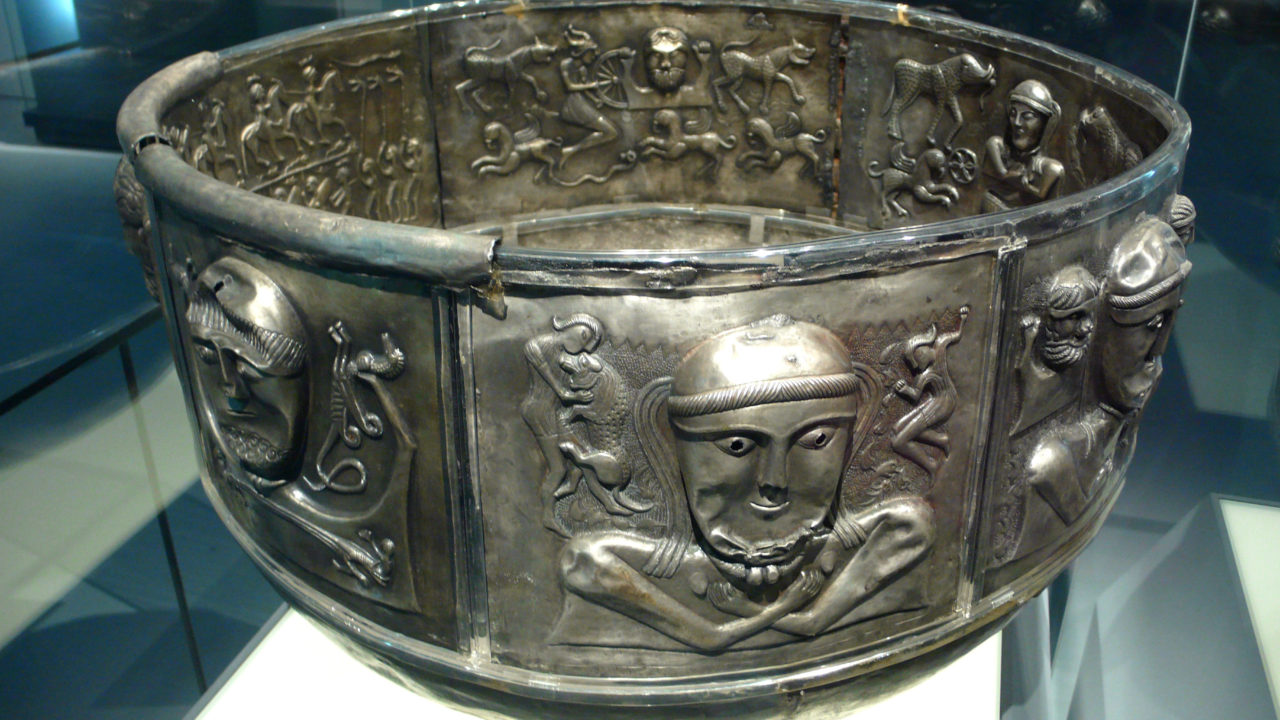 Create Information Hooks in your Mind

Most of us travel first and then make interesting discoveries on the trip. We promise ourselves to research the topic more when we return home, but usually don’t. Imagine the depth your travels could have if you were familiar with the myths and folklore of the area before you left home.

You should explore the mythology of a destination before you leave home because new learning builds upon prior knowledge. This is the theory of Constructivism. With a few hours of research, you can create information hooks in your mind and enrich your travel experiences.

Studies have shown prior study and knowledge create hooks in your mind. Without these hooks, new information slips away. You might miss reoccurring symbols, or not appreciate the history of a site unless you have some background information.

Brainstorm What you Already Know About the Area

Often, you plan a trip because you want to see important landmarks or visit areas you have seen covered in travel articles. You have some background information already. Take a minute and brainstorm what you already know about the history, religion or geography of the area.

For example, I am planning a trip to the United Kingdom. I know they have a Celtic and Druid history. A quick search tells me that Druids were religious leaders of the Celts, so I will focus on Celtic mythology. I know Rome invaded so I anticipate Greek/Roman mythology as well.

Use your Brainstorm to do an Overview Search

This will link new information to your background knowledge. Bookmark interesting links that you might want to read after your initial research.

Tip! Try not to dive into rabbit holes at this point. The brain loves to get lost in stories. Save them for later. Remember, you are planning your trip.

My first stop was Wikipedia: Celtic Mythology. I learned that the Romans and Christians destroyed the written records of the Celts. Most of the evidence for the Celts is archeological.

The Celtics were animists. This means they believed spirits and divine beings inhabited the natural world around them.  Humans could interact with these spirits.

Every mountain, river, spring, marsh, tree and rocky outcrop had a spirit.

This animism makes the geography of the United Kingdom even more interesting. The Celts revered water, in particular. It not only supported life, but it also provided a connection between the spiritual and physical realms. Research geographic landmarks such as rivers, lakes and mountains in the areas you will visit. Try and find out which spirit inhabits particular rivers or mountains and read the myths.

I added Dorsett, England to my itinerary because I want to see Cerne Abbas Giant. This is a famous outline of Dagda (or possibly Hercules) cut into chalky soil. Outlined in white, it is 55 meters (180 ft) high.  He is an ithyphallic giant, which means he has a huge erection!

I will add Bath, a UNESCO Heritage Site, to my itinerary. A city with a long history, it is the site of famous thermal springs and Roman baths. It was a popular spa tourist destination for the British in the 1800s and has beautiful architecture. Now, thanks to my research, I know about the curses of Sulis Minerva.

At the many pubs I plan to visit,  I will offer a toast to Apollo Sucellos. Sucellos was the Celtic God of Agriculture. He was often portrayed carrying a beer barrel on a pole and a hammer. His companion, Nantosuelta, wears a long dress and holds a dovecot on a pole. Together they represent prosperity and domesticity.

Symbols of the chariot wheel have been found in archaeological sites throughout the British Isles. I’ll keep my eyes open for them in museums and also as building motifs. The wheel is the symbol of Taranis, the Celtic God of Thunder. Taranis was depicted as carrying a thunderbolt and a wheel. The Romans equated him with Jupiter and the Germans with Thor.

The chariot wheel has been found on Celtic coins. Symbolic votive wheels were offered at shrines and cast into rivers, such as the Seine, and worn as amulets.

There is something magical about being able to point to a plant and know its name. Amusing  your traveling companions with some local folklore about the tree is even better. I live in California and dove deep into the Mythology of the California Fan Palm. It makes me love these iconic trees even more.

I did a google search for folklore of English trees and many resources appeared. I scanned through the resources to find ones with good images. I want to be able to recognize the trees when I see them in real life. This resource from Discover Wildlife was a perfect fit.

Using this text and others, I will make a little cheat sheet of leaf shape and tree characteristics. In addition, there are sacred groves located throughout the countryside that I will look for in my guidebooks.

Yew and Elm Trees Have Captured my Imagination

The Yew is a tree with a rich folklore. It has a unique growing structure. Its branches enter the ground and become trunks. It is also toxic and the symbol for death and resurrection in Celtic culture.

Icy Sedgwick, whom I follow on Twitter,  wrote a blog on the Folklore of the Yew. When I reread it I learned that many churches were built on holy Celtic sites. This makes the yew a common tree on church grounds. Some yews have lived 2,000 years.

Yews were also planted in graveyards. People believed the roots would grow through the skulls and keep the dead in their graves. I always visit graveyards when I travel so I will keep my eyes open for yew trees. I will also seek elms trees.

To the Celts, elm was associated with elves and the passage to the Underworld. It had similar connotations in Greek mythology, with the first elm tree said to have grown on the spot where Orpheus played his harp after rescuing his wife Eurydice from the Underworld.

Animal imagery appears throughout Celtic art, jewelry, tapestries and carvings. The animals represented specific traits and held sacred power. Here are a few of the most popular animal motifs.

Owls: the Celts feared owls as creatures of the Otherworld. My blog on Owl Mythology digs deep into many myths around this animal, its connection to Athena and its natural history.

Boars: this animal symbolizes royalty, bravery and prowess in battle. Boars appear on coins, statues and helmet crests. They are in the stories of Fion Mac Cumhail and his boar hunts.

Dogs: these animals symbolize companionship, protection and loyalty. They also denote the strength of a warrior and are the source of the expression of “Dogs of War.”

Horse: when benign, this animal is linked to a number of Celtic Goddesses and symbolizes sovereignty and political power. However, there are two evil versions of horses.

Celtic mythology is rich with animal lore. I always haunt book stores when I travel. Finding books about Celtic animals will be at the top of my souvenir shopping list.

Don’t forget to use social media for tips on mythological, folk or superstitious places to add to your itinerary.

I am active on Twitter @Kimberly__Us Twitter has many mythology buffs. State your question and use #MythologyMonday #FairyTaleTuesday #WyrdWednesday #FolktaleThursday and #SuperstitiousSaturday.  I know you will receive a flood of recommendations.

On Quora I asked: What museums should I visit in the U.K. to see Celtic artifacts?

I received the following replies within 24 hours. This is the first time I’ve asked a question in  Quora. This is a wonderful site that I will use again.

I would first of all go to Glasgow. Then on to Parhead. There is a large arena there that is home to all things Celtic. They are most welcoming and will give you a tour of the place including the trophy room/ museum. It has the best collection of Celtic artefacts on the planet. -Erik Wilson

Start with Dublin, Ireland. It is not the UK, but never mind. Trinity College Museum is the holy grail. Absolutely fabulous. So is all of Dublin. Give yourself at least a week. -Ellen B.Cutler

The National Museum in Edinburgh and the Glasgow’s St Mungo Museum of Religion might be worth checking out online. The British Museum holds vast collections but not always with them on display. -Mike McGuire

The British Museum and the Museum of London.The Museum of Scotland in Edinburgh is also worth a visit.-Rachel Taylor

You should explore the mythology of your destination before you leave home to create brain hooks to hang your travel discoveries upon. Once you learn about the myths and symbols, your eyes will see them instead of passing over them in the over-stimulation of travel.

Your research will give you new destinations to add to your itinerary. Best of all, you will have amazing stories to tell your companions and new acquaintances. You will be able to ask interesting questions of tour guides to further your knowledge.

Where do you plan to visit after the COVID restrictions are over? Tell us in the comments below.