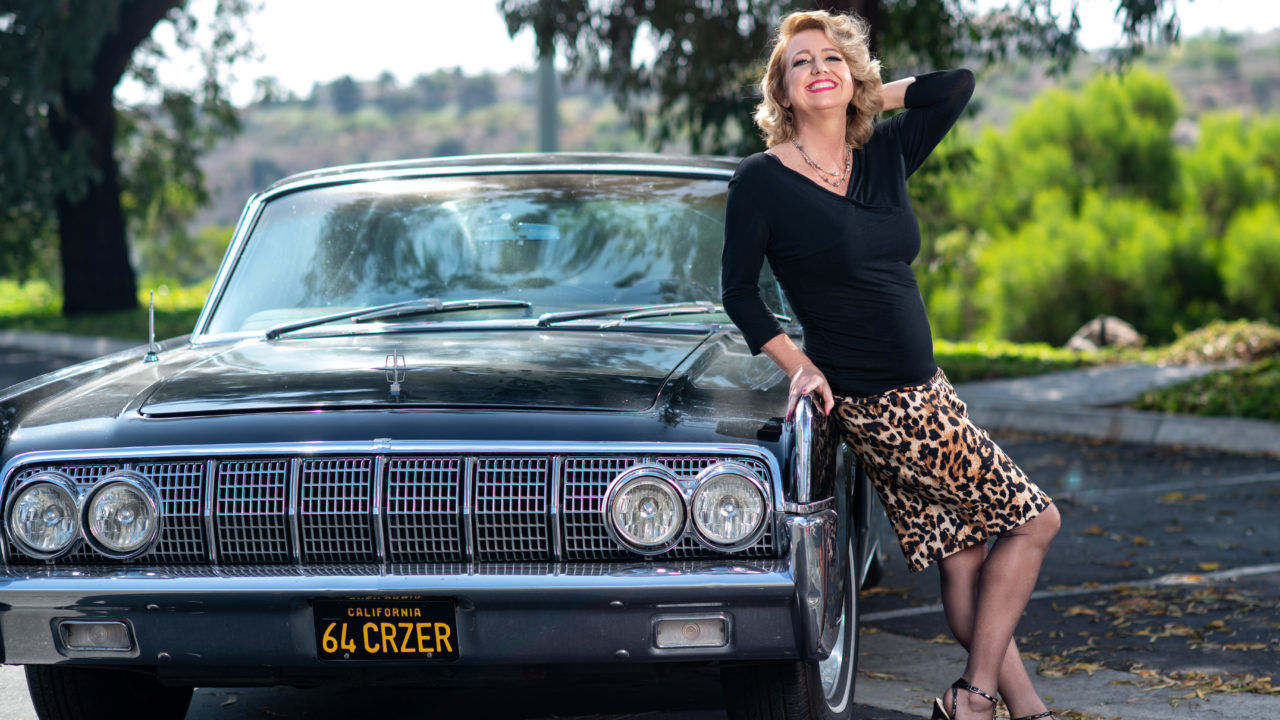 A photo shoot with a professional photographer is the perfect pinup Xmas present. Initially you might think this is only a gift for a man to give his lover, but a pinup photo shoot is empowering. Women can buy it for their sisters, friends, or themselves. Two hours to feel beautiful and be the center of attention, with the result of pictures to cherish.

I bought a photo shoot for myself in October because I needed some professional images for my book Bettie Page: Aphrodite Rising. Since Bettie Page was the queen of the 1950s pinups, I knew that was the style I wanted for the shoot. I had a fantastic time and the photos exceeded my expectations. I would encourage every woman to do a pinup shoot so they can feel beautiful and special.

Here are some things to think about when selecting a photographer for a perfect pinup photo shoot.

Boudoir photographs focus on the models sensuality, and are the type women typically take for their lovers. Lingerie is usually worn and the settings are couches, fur rugs or beds. My husband bought me a boudoir photo shoot after my breast cancer mastectomy. This helped me feel beautiful again and get my old groove back.

Pinup photos focus on the model’s personality. It is almost like she is a character in a story, and the sets are an important part of the image. When calling a photographer, be sure and ask what sets are available in the studio so you will have a variety of images.

My photoshoot was at Vixen Photography, in Carlsbad, California. The studio had a mid century living room with classic couches and props like vintage clocks, cameras, lamps, ashtrays and a stereo. In addition, there was a wall covered in white three-dimensional mid century tiles. Even more perfect, the photographer had a classic car. His studio was on the edge of a canyon, so outdoor shots were an option.

Vixen Photography had a hair and make up stylist available for an additional charge. It was absolutely worth the expense. I never could have applied the makeup like she did. Up close, I felt like I had too much makeup on, but it looks great in the photos.  She did the classic pinup eyeliner and red lips. I painted my nails in advance, but don’t forget this detail.

My hair is shoulder length and layered so I asked her to give me Marilyn Monroe curls. Pin curls and victory rolls are also good pin up looks. Consider going for the famous Bettie Page bangs. She cut hers after her photographer told her she had a “protruding forehead” and bangs would help hide it.

I arrived at the studio two hours before the shoot to have my hair and makeup done. Rhonda, the stylist, and I hit it off immediately and spent the entire time chatting like old friends. It started the day off on a positive note which carried on into the photo shoot.

The day Bettie Page was discovered on Coney Island, she was wearing a tight white sweater and rolled up jeans. In a photo shoot, most women will want to wear heels since they make our legs look longer and our calves pop.

It is worth giving some thought to what theme you want in your photos. Do you want to look like the girl next door, flirty and fun? Or are you more interested in teasing and tempting?  Decide which of the five types of seductress you want to be. Practice your come-hither smile and other expressions in the mirror the day before.

“I like to pretend that the camera is a man.”

I knew that I would use my photos to advertise my book so I was interested in looking playful, flirty and friendly, rather than seductive. I brought my book with me as a prop. By a stroke of serendipity, the studio had a vintage typewriter–the perfect prop for a writer.

Rhonda, the stylist, stayed during the shoot to make posing suggestions. This was helpful because it is easy to repeat the same pose or expression without realizing it. She saw what the camera saw and could catch weirdly bent wrists and suggest different body angles.

Scott, the photographer, was friendly and also offered suggestions. I felt like I had a team rooting for my success. My happiness is visible in the photos. I never felt self-conscious. For me, not bringing my husband or family to the shoot let me feel free.  This is something to consider before a photo shoot. Just because you purchased the gift, doesn’t mean that you necessarily should be there for the shoot.

Burlesque, popular in the vaudeville acts of the 1800s, featured women dancing in revealing costumes. Performers would leave photographic cards for their fans to pin on a wall or stick in a mirror frame.

The term “pinup” was coined in 1941, but flirty sexy pictures of women in advertisements and magazines began in the late 1800s-early 1900s. The first pinup girl was the Gibson girl. Pen and ink drawings, by Charles Dana Gibson, depicted the ideal of feminine attractiveness. The Gibson girl was self-confident, yet proper, and had an alluring gaze directed at the viewer.

The Gibson Girl “was a representation of liberation from tradition, as well as mischief. She set the stage for all pin up art to follow, whether in illustrated form or photographs.

In the 1920s, the flappers pushed pinup images to be sexier and more revealing. The term “cheesecake” photos originated in the 1930s as a female version of the male “beefcake” images. Hollywood starlets in the 1930s posed in what are now classic pinup positions.

George Petty and Alberto Vargas both worked for Esquire magazine in the 1940s. They drew pinups meant to be pulled out of the centerfold of a magazine and “pinned up” on a wall. During WWII pinup girl drawings became “bomber girls” and were painted on the nose of planes. They were mascots that would help the plane return safely home.

In the 1950s, pinup images spread to photography. Bettie Page started as a model in Harlem magazines and photography clubs, but quickly became one of the most popular pinups in men’s magazines. Her friendly smile, flirty look, and perfect figure made her seem like the girl next door that might actually let you fool around.

Bettie Page is probably best remembered for the photos taken by Bunny Yeager, including her cheetah photos and Playboy Xmas photo. However, she sat for hundreds of photographers, often nude. She posed in bondage fetish photos by Irving Klaw, and this contrast between the “dark angel” and the girl next door was a huge part of Page’s rediscovery in the 1980s. Look through some of the many images of Bettie for inspiration for your own boudoir or pinup shoot.

A photo shoot with a professional photographer is the perfect pinup Xmas present. This is also a great gift for milestone birthdays for your ageless goddess. Demure or sexpot, the experience makes a woman feel gorgeous and sexy. It is an empowering experience, and she will cherish the images.

Have you done a boudoir or pinup photoshoot? I’d love to hear about it in the comments below.