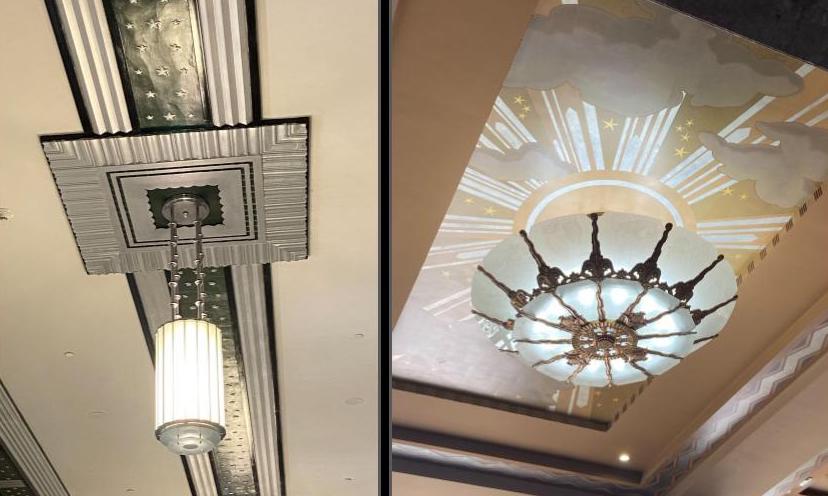 You might be in Nashville for the music, but take time to walk around and appreciate the architecture. The interiors of both the Frist Art Museum and the Davidson County Court House are decorated in Art Deco. The exterior architecture is called WPA moderne. Visit both of these beautiful buildings and look for the features that make them perfect examples of this American architectural style.

“Then, as now the feeling is unique and uniquely American…they were once the epitome of the new, and they still remain distinct from other civic buildings.”

What is the Architectural Style Called WPA Moderne?

The Frist Museum was originally the Nashville U.S. Post Office. Both it and the Davidson County Courthouse were built during the Depression by the Works Progress Administration (WPA). President Franklin Delano Roosevelt’s New Deal included massive expenditures on public buildings to provide work for the unemployed.

Most of the public buildings built as part of the New Deal had a similar look and are called WPA moderne. The style is also called Federal classicism or stripped classical modern. It draws from traditional motifs such as Beaux-Arts classicism and Art Deco. The buildings have a monumental feel.

WPA moderne are buildings stripped of decoration, with angular piers instead of classical Corinthian or Ionic columns. Despite this, WPA buildings have bas-relief, sculpture and other fine details worked into their designs.

WPA moderne buildings usually have bald eagle details and impressive entrances with ornate grillework on the windows. Artistic light features are part of the design.

Look for Art Deco Details in the Lobby of WPA Buildings

The lobbies of WPA buildings were decorated in Art Deco style, which first became popular in the 1920s. The lobbies had a formula, they were double height and connected to a long hall. The walls were covered in various shades of marble. The floors were made of terrazzo inlaid floors.

Lighting was a part of the design. The pendant lights in WPA buildings were beautiful and unique to each building. In addition, indirect lighting was artfully situated to illuminate the interior.

“The purpose of a lobby…was to be a stand-in for the government, and to exemplify, in marble and paint, the changes the New Deal had so carefully been implementing.”

The WPA not only hired construction workers, but also skilled stoneworkers, metal workers, sculptors and artists. The art would be regional or inspired by the function of the building.

“The real heart of the New Deal was its art, inseparable, if only in spirit, from the buildings the art was made for and from the epoch in which the pieces were created.”

Interior grillework was typically done in bronze or aluminum. Themes of tools, technology and progress reminded the public to look forward towards the bright future.

“From the famous to the unknown, artists were called on to make paintings and sculpture that would be integrated into these spaces.”

The Davidson County Courthouse is a feast for the eyes. Sculptures decorate both the interior and exterior. The building was also considered to be Nashville’s City Hall. It was built in 1936-37 as part of the New Deal WPA. Emmons H. Woolwine and Hirrons & Dennison designed it.

Anytime you visit a WPA building, be sure and look for the murals. These were a way to provide art for the common man. They also hoped to uplift spirits in the Depression and point towards a better future. Intricate patterns are often painted as borders for walls and windows.

“Uplifting and imbued with patriotic zeal, a mural was the tried-and-true way to add visual interest and dignity to civic space.”

Inside the lobby of Davidson County Courthouse are a series of murals by Dean Cornwell who worked with the WPA Public Art Program. The murals depict scenes of industry, commerce, agriculture, and public service.

The Frist Art Museum Once the Nashville U.S. Post Office

The Frist Art Museum is located at 10th and Broadway. It is an excellent example of adaptive reuse because the building was originally the Nashville U.S. Post Office. At that time, mail primarily traveled by train so the building was sited next to the Union Station.

A project of the Works Progress Administration (WPA), the Nashville Post Office opened in 1934. Designed by Marr & Holman Architects, it cost $800,000 to construct. It provided welcome jobs for construction workers unemployed because of the Depression.

In 1984, the Nashville U.S.Post Office was listed on the National Register of Historic Places. However, in 1987, the central postal operations center moved to be closer to the airport, since planes replaced trains for mail transport.

A 19-story office tower was proposed for the site in 1989. It would have dwarfed the tower of Union Station. Due to turns in the economy, the building was never built. In 1996, the Frist Foundation proposed converting the Nashville Post Office into a visual arts center.

The Frist Foundation formed a public/private partnership with the U.S. Postal Service, the City of Nashville, and the Metropolitan Development and Housing Agency. Frist Center for the Visual Arts opened on April 8, 2001. It has since been renamed as the Frist Art Museum.

“Today the Frist Art Museum stands firmly on its 1934 foundations, committed to its vision to change how people see and experience their world through art.”

Nashville is so much more than Music City. Visit nashvillesites.org and you will find walking tours with architectural, historic, and musical themes. The Davidson Courthouse Building is on the Civil and Public Spaces Walking Tour. Frist Museum also offers docent-led tours of their building every Saturday.