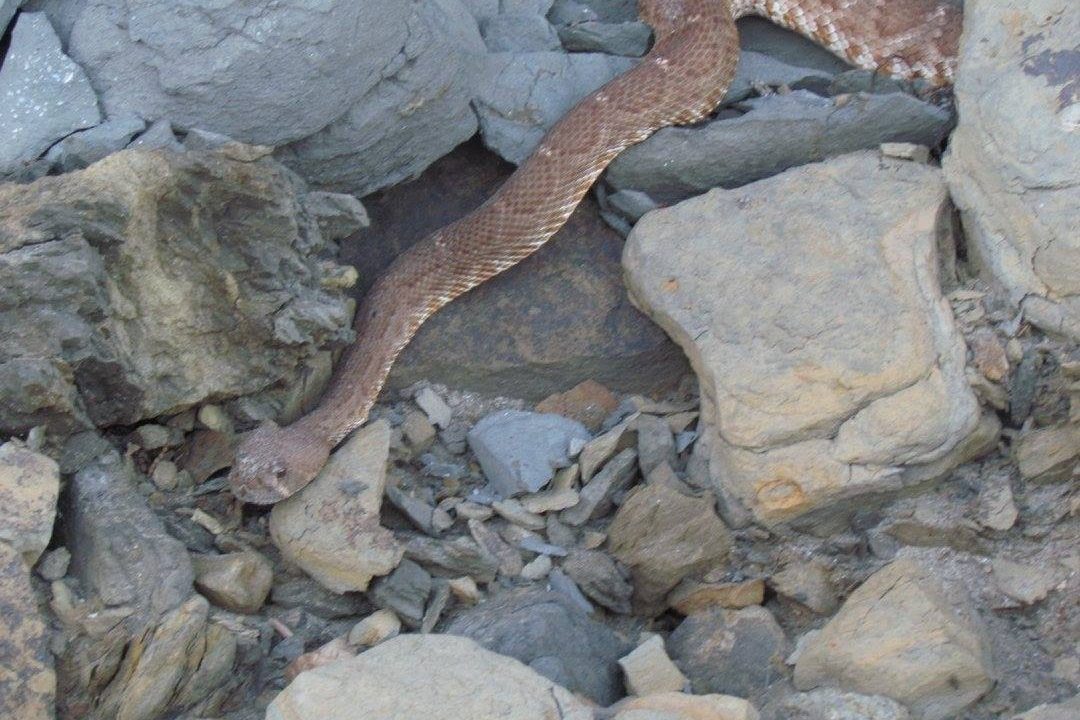 San Diego Citizen was the Authority on Rattlesnakes

The world’s expert on rattlesnakes was Laurence M. Klauber. Born in San Diego, in 1883, Klauber turned his passion for snakes and herpetology into a career at the San Diego Zoo. He published a book that still stands as the most authoritative source on rattlesnakes.

The San Diego Natural History Museum, currently has an exhibit on historic citizen scientists. Laurence M. Klauber is one of the local naturalists featured.

San Diego, with its Mediterranean climate and coastal, chaparral, and desert habitats, is an exceptional place to hike and study nature. It isn’t surprising that so many citizen scientists hail from the region. Laurence Klauber studied and collected local reptiles for over 44 years.

Klauber was the ultimate authority on rattlesnakes but he didn’t start out in herpetology.

Klauber earned his degree in electrical engineering from Stanford.

He spent the beginning of his career as an electrical engineer and received nine patents for energy transmission inventions. He worked for San Diego Gas & Electric for most of his career, including positions as president and Chairman of the Board.

As a hobby, Klauber studied lizards and snakes–especially rattlesnakes. He went out into the field nearly every day, and often at night, to observe and collect specimens. Klauber encountered over 12,000 rattlesnakes in his lifetime. His collection of 36,000 reptile and amphibian species was donated to the SD Natural History Museum in 1968.

Klauber maintained a daily journal from 1923-1967. The SD Natural History Museum has his journals which detail forty years of nature observations. They help scientists identify how local habitats, populations and reptile niches have changed through time.

“Some entries document ordinary details of his day in just a sentence or two. Others are more gripping, such as the day in 1940 when he was bitten by a rattlesnake, left the scene, and then went back to collect the snake as a specimen–before seeking medical treatment.”

In 1923, the San Diego Zoo founder, Dr. Harry M. Wegeforth asked Klauber to identify several species of snake that he had just acquired. This led to Klauber becoming the Consulting Curator of Reptiles. At the zoo, he dedicated 35 years of his life to studying reptiles, with a focus on rattlesnakes.

It is not surprising that the SD Zoo hired a Curator of Reptiles early on. The founder, Dr. Harry M. Wegeforth, loved turtles and tortoises.

Wegeforth traded with many other zoos to build up a large collection. He had 48 turtle basins, which was one of the largest collections of turtles in the world. The SD Zoo still has some of the Galapagos Tortoises they received in 1928.

Klauber was a pioneer in applying statistical analysis to biological studies. He was able to determine variations in snakes and used quantitative analysis to identify species. Klauber identified 53 new taxa of reptiles and amphibians.

The rattlesnake expert also donated an extraordinary herpetological library of 1,462 books, 19,000 pamphlets, 198 binders of his scientific notes and 20 drawers of handwritten catalog cards. Klauber established San Diego as a leading center in the field of herpetology.

Rattlesnakes: Their Habits, Life Histories, and Influence on Mankind

In 1956, Klauber published his rattlesnake research in a two-volume set called Rattlesnakes: Their Habits, Life Histories, and Influence on Mankind. It is still considered to be the ultimate authority on the subject.

Here is a vintage T.V. show from 1953, called Science in Action, that features Laurence M. Klauber as a guest. The show was created by the California Academy of Science.

Rattlesnakes are best known for their distinctive rattle. A folktale says that counting the rattles tells you the snake’s age, but this is untrue. The snake is born with some rattles, and grows 2-3 a year when he is young. The rattle is made of interlocking scales, which the snake adds to each time it molts or sheds its skin. He also might lose some rattles while slithering through the brush or engaging with other animals. Muscle contractions cause the scales to click together and give the rattle sound.

Rattlesnakes are vipers, which means they kill their prey with venom and have a triangular shaped head. As pit vipers, they have heat-sensing organs located in pits near their eyes which allow them to “see” the heat signature of their prey. This allows them to hunt mammals and birds, which are warm blooded, in the dark.

The Jacobson’s organ, located on the roof of their mouth, gives rattlesnakes a heightened sense of smell. Snakes aren’t smelling with their tongues, they are picking up scent particles and depositing them on their Jacobson’s organs.

Range and Species of Rattlesnakes

There are 32 different species of rattlesnake in the United States and 83 subspecies. Rattlesnakes have evolved to fill many different niches in a variety of habitats. These include desert, forest, grasslands, scrub brush and even swamps. Rattlesnakes are good swimmers. Although they are found in nearly every part of the continental US, they are most common in the Southwest, Mexico, Central America and South America.

Like all reptiles, rattlesnakes are ectothermic, or cold-blooded. This means that they can’t regulate their own body temperature and therefore need to warm up in the sun and can’t be active in cold weather.

To keep from freezing, rattlesnakes congregate in dens and make swarming balls with their bodies. The same den will be used by multiple generations of rattlesnakes.

Rattlesnakes don’t lay eggs, they are “ovoviviparous.” This means that the eggs are carried inside the female for about three months and she gives birth to live young. Here is a cute video about rattlesnake mating. Rattlesnakes give birth every two years to about ten baby snakes.

How Dangerous are Rattlesnakes?

“It is almost a universal fact that the rattlesnake will do all that it reasonably can to avoid man. The rattler’s first wish is to get away from anything as large and as potentially dangerous as man. If the snake strikes, it is because it is cornered or frightened for its own safety.“

When you are hiking in the evening or early morning, snakes might be out warming up. Watch where you step and pay attention to posted signs. However, rattlesnakes are not going to chase a human. They want to be left alone and only become aggressive when threatened.

The majority of snakebites in the US are received by young males because they harass the snakes, often while drunk. These are classified as “illegitimate bites” because the human provoked the snake or tried to handle it.

Laurence M. Klauber is an inspiration to nature lovers. He was an autodidact, which means he taught himself, and went on to become the foremost expert on rattlesnakes.

Let Klauber’s accomplishments motivate you to go outside! Pursue your passions. Take notes and pictures. Read everything you can about the topic. Nerd-out on nature.