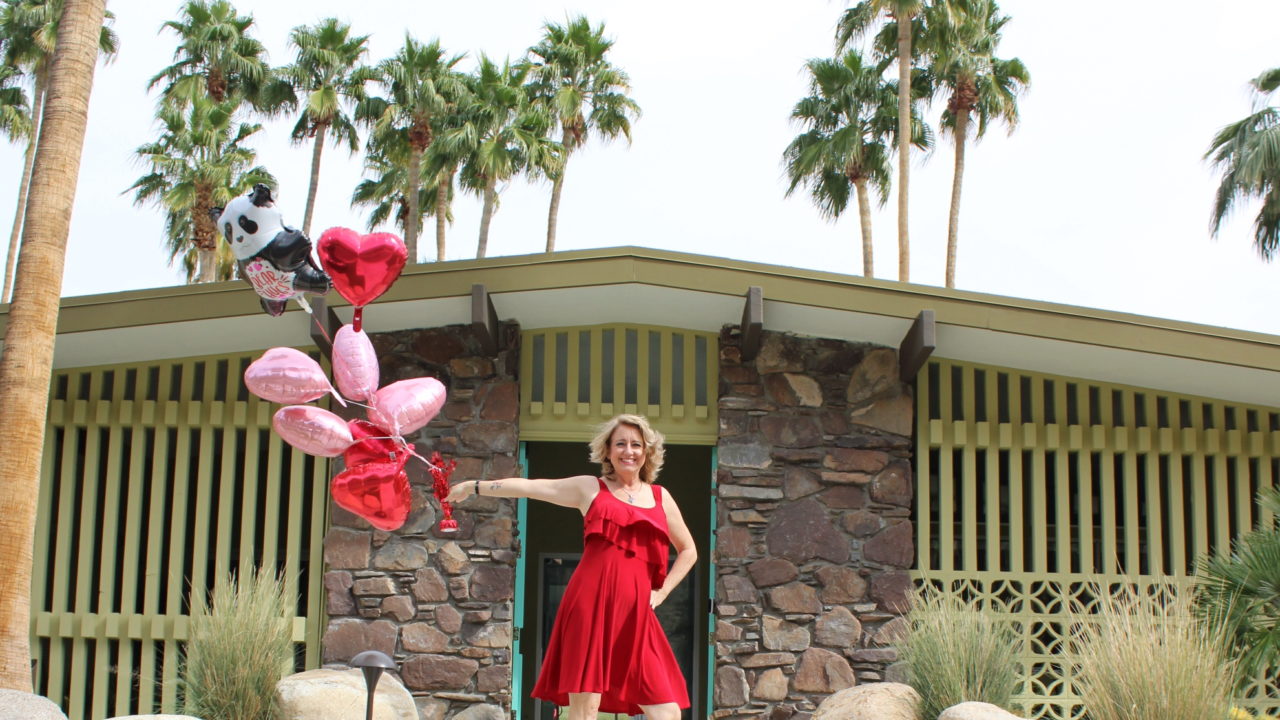 A Beginners Guide to Appreciating Mid Mod Architecture “The Alexanders”

From the moment I saw them as a kid while visiting my great aunt, I loved the mid-century modern homes in Palm Springs. I loved them long before I knew the term “Mid Mod” or Modernism.

As an adult, it can feel intimidating to explore architecture because it seems like everyone knows more than you. This is especially true about something hip like Modernism.

I took baby steps towards becoming a Mid Mod maven by following the tour of architect William Krisel. It had five stops, including four neighborhoods of homes affectionately called “The Alexanders,” named after the construction company. The last stop was the futuristic, “House of Tomorrow,” the personal residence of the Alexander family.

Tract Homes Built for Returning G.I.s and the Post-War Boom

Tract homes relied on modern concepts such as prefabrication, modularization and mass production. They also utilized workers differently. Instead of relying on master craftsmen, tract homes assigned workers to specific teams. The teams had standardized tasks to complete and moved from house to house. This was similar to the assembly line developed by Ford Motors.

Modernism Embedded into Many Tract Homes of California

The Case Study series included 36 houses and apartment buildings, mostly built in Southern California. Some of the most important designers and architects of the area including Charles and Ray Eames, Richard Neutra, and Pierre Koening participated.

Alexander Construction Company (ACC), was named after its founder George Alexander and his son, Bob. They had built residential tracts and apartments in Los Angeles for the past 15 years.

Construction in Los Angeles was highly competitive and the desert had both an unmet housing demand and plenty of open space. The Alexanders, with their wives, relocated to Palm Springs in 1955.

Influenced by the Case Study houses, the Alexanders and made good design part of their business plan. Key to their success were the architects of Palmer & Krisel, Donald Wexler and Charles DuBois.

How the Alexanders Created a Custom Look for Tract Homes

William Krisel had both architecture and landscape architecture degrees. His designs brought the outdoors in and created homes where the patio and yard merged with the interior.

In Vista las Palmas, “Swiss Misses,” by architect Charles Dubois, had Alpine-inspired A-Frame rooflines. These are also reminiscent of Hawaiian canoe sheds, which I explore in Adding a Tiki Twist to Midcentury Architecture.

Front doors, with their explosion of individualized paint colors, could be oriented facing the street or the side. Atriums and breezeways changed the look of homes with identical floorplans.

Alexander houses featured post-beam construction which allowed for open floor plans with walls of glass. The HVAC (Heating, Ventilation and Air Conditioning System) was placed beneath the concrete pad so that there was no need for soffits and the entire home could have high ceilings.

The tour ends at the personal residence of the Alexanders, which they called “The House of Tomorrow” at 1350 Ladera Circle. Unfortunately, the home is undergoing a construction project and it is fenced off.

The house, designed by William Krisel, was made of four perfect circles floating on three different levels around a center living area. The original floor plan is in The Alexanders: a Desert Legacy. It was 5,000 square feet and included four bedrooms and five bathrooms. It was built in 1959.

Pictures show a giant couch that wrapped around the wall, beneath the front windows. It also had a conical “floating fireplace” that hung in the center of the room from the ceiling. Rock walls, terrazzo floors and a sunken living room add to the walls of glass and peanut brittle stonework to create the indoor-outdoor living feel.

The house had circular floating steps leading up to the front door. The backyard included a pool, stage, private garden, tennis court and fruit orchard.

Bob Alexander commissioned Palmer & Krisel to design the house, but was concerned that it might not appeal to his wife. She loved it! The Alexanders lived in the home until their tragic death in an airplane accident in 1965.

The home later became famous as Elvis and Priscilla Presley’s Honeymoon Hide-a-Way. Elvis’ manager, who had a home in Palm Springs, rented the house for a year for the Presleys.

William Krisel  (1924-2017) attended USC School of Architecture following WWII. He designed more than 40,000 living units throughout Southern California. Krisel became known as the architect that brought Modernism to the masses.

In 2016, USC awarded Krisel a Distinguished Alumnus. This video gives a great overview of his incredible career.

I’ve only begun to work my way through the list of twelve architects featured on the Palm Springs Modern Mid-Century Architecture Tour App.

Sign up for my newsletter for more articles about Palm Springs and the mid century.